I could understand how anyone who read my post last week, which suggested Defunding the Value Police, might come away with the idea that I’m anti-value, a spokesperson for the dark side. Not so, not at all. I’ve always been about value and still am. What I’m against is naive value, where low ratios are automatically favored with no consideration the the factors that determine a proper P/E; growth and business risk. Viewed in this light, there are perfectly good clear-cut value plays even today. In searching for such ideas today, I came across six that represent a coherent and interesting theme: infrastructure. 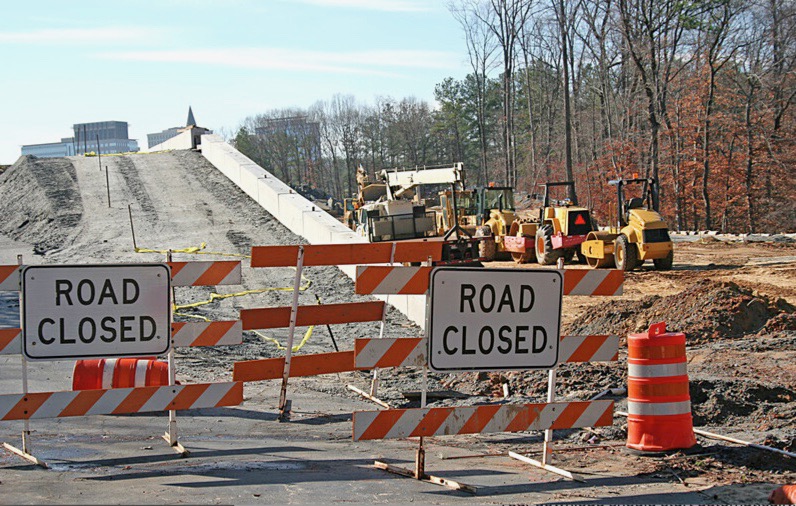 I started by screening on Chaikin Analytics for Russell 3000 constituent stocks that are ranked Bullish or Very Bullish under our 20-factor fundamental-technical Power Gauge model. Not every stock that passes muster is a value play (20 factors allows for a lot of variety) so I added the following deal-breaker rules:

The usefulness of the P/S and Projected P/E factors should be obvious. Our scoring is such that stocks passing these tests should satisfy even the more naive value devotees.

Then, I switch gears:

Demanding a favorable factor rank for ROE is a good idea given today’s business and market uncertainties. ROE is a good indicator of business risk and stability and one of the determinants of a fair value.

As discussed in my last post, expected future growth is the other — and incredibly important — factor we need to consider in assessing value opportunities. This is a hard task since we need to project into the unknown future and there are many ways to do that, none of which are among the academic standards. I refer to these as growth-proxy factors; a factor that can logically be assumed to be what it is today because the investment community has positive expectations along these lines. Technical analysis is a good way to accomplish that, and a potentially promising one since traditional value gurus tend to retch and vomit as soon as this sort of thing is mentioned. I’m fine with derision: It makes for a much less crowded trade.

Even within technical analysis, there remain many possible approaches. The one I took for this particular search was expressed through the final rule I added to the screen.

Each of our signals is a screen in and of itself that looks for particular “setups” that suggest an opportune time to pull the trigger. They are based on Power Gauge combined with various technical-analysis configurations.

The idea of a Buy signal suggests one needs to act immediately or forever (or at least until the next signal) hold one’s peace.  That’s a Hollywood thing. In real life, a Buy Signal is a cue to look closely because there’s something about this stock that’s standing out. We can trade in and out quickly based on such signals, but testing has shown that on the whole, our signals are more effective over four- and usually better still, 13-week time horizons. Click here for more on Buy Signal efficacy.

Infrastructure Under The Spotlight

The screen returned 35 stocks, but six of them, united around the infrastructure theme, caught my attention.

Is there anybody reading this who hasn’t cursed and wanted to throw a face mask through a window to express rage at yet another traffic jam caused by that @#*&$^# construction. That’s the most visible thing. But it’s not the only one. Be thankful you’re reading this at all because that means our communication infrastructure has been kept up to date enough to let you open the page. But as we know demands here continue to pile on, and may only just be warming up as we think of Big Data, Artificial Intelligence, autonomous vehicles, etc. So this is no time to rest. And given our hot summer and talk of more to come with global warming, boring staid utilities can ill afford to rest on their capital laurels. I could go on, but you get the message.

Congress isn’t always so quick on the uptake. The Democrat-led House passed a huge infrastructure bill during the summer but the Republican-led Senate responded with in ROFL sort of manner. It’s not that Republican hate infrastructure. Quite to the contrary, they want investment too. The difference is in what gets funded and the extent to which it should be geared toward current needs or green ideals. The only thing about which both parties seem to agree is that cooperation with the other side is a capital offense.

Infrastructure companies won’t see work dry up. Spending will continue no matter how the stalemates play out in the media (Democrats and Republicans both need decent roads, want power to be flowing when they need the A/C, internet, etc., and want to be able to be able to continue to open more than one web page per hour, and, of course want mobile phones to connect, etc.).

If the Democrats gain power this election cycle, infrastructure stocks should expect extra upside. If not, they’re likely to experience more normal growth. The investors whose market behaviors are triggering Buy Signals are likely betting on the former. Is there risk of the latter?  Absolutely. Is it riskier than assuming stocks like Zoom (ZM) can continue to support or improve on their current valuations (Price/sales for ZM: 87)? I’d say the infrastructure plays are risky, but low-risk relative to other growth opportunities; price/sales ratios near or below 1 are induce less shareholder nervousness.

Generally speaking, we’re looking, with respect to these stocks, at potential reversals in heretofore lackluster stock trends. This is consistent with what we’re seeing for the market as a whole, a de-emphasis on extreme growth and increasing attention to more mundane cyclical plays. This will ultimately require better economic activity in the year ahead than we’ve seen in the wake of Covid, so again, there is risk. The question is whether the risk out of line and my leaning, given the very positive  valuation ratios and the technical-sentiment signals, would be to say the opportunity outweighs the risk.

The company’s Tubular and Energy Services segment is depressed and unlikely to improve any time soon. But with the stock having had more downs than ups in the past couple of years and with a P/S ratio of 0.27, I think we can assume the bad news is already reflected in the stock. That gives investors the “luxury” of focusing on the construction products and rail products segments, both of which are trending up as covid-lockdowns ease and maintenance of highways and transit infrastructure rises.

MTZ has exposure to energy (which everybody hates). But there’s also wireless and wireline network optimization, electrical transmission (which everybody loves), and green energy infrastructure (which half of us love and half of us hate).  Given the depth of the value play, I can understand and support the market’s recent tendencies to throw the outcome toward the everybody-loves portions of the company.

Electrical Transmission and Distribution is the name of the game here. There’s exposure to  renewables. Whether you’re bullish or bearish about that, relax and focus instead on the big picture — aging electric grid, plant retirements and replacements, disturbingly recurring storm damage, and housing construction — and the nano-valuation (P/S, 0.28).

PRIM touches on the not-good base(energy), but more on the very good (transportation infrastructure, power transmission, etc.). It tends to focus on smaller-size jobs which supports a revenue stream that is less vulnerable to bounciness that could otherwise be seen as big projects wind down and ramp up.

Here’s a twist: STRL does not have energy exposure. It’s in Heavy Civil Construction (highways, commercial concrete products, aviation, waterways) with 55% of revenue; Specialty Services (excavation, drilling, blasting, drainage) with 34%, and Residential Construction (concrete foundations for single-family homes in the high-growth Dallas-Fort Worth and Houston areas) accounting for the remaining 11%. It’s a micro-cap but with an ROE of 14%, so I’d say it’s managing its fixed costs pretty well.

This is an oddball (compared to the other five companies) sort of play. I want to call it cosmetic infrastructure given the focus on mowers and the like (e.g. snow removal equipment, sewer cleaners) but that wouldn’t be quite right. Such endeavors are genuinely important in the agricultural and landscaping markets served by ALG as well as for contractors and government entities. Relative to the other plays, ALG is more highly valued (at a P/S of 1.27, which in a big-picture sense, is still fine) but I see benefit to ALG as adding an element of diversification.

This isn’t the first time I thought about infrastructure. A couple of months ago, I searched hard for an Infrastructure ETF but frankly, hated most of what I was seeing. The descriptive verbiage was usually great, but when I looked at the portfolios, they seemed dominated by energy transmission MLPs (which probably explains why the ETFs ranked no better than middling under our ETF Power Rank model). This six-stock collection is exactly what I had in mind. Although the ETF industry has done wonderful things in terms of thematic investing, when it comes to infrastructure, I may wind up bypassing the ETF space and in effect, building a personal ETF using these six names (and possibly others like them I may eventually find).

Holding disclosure … None at the moment but thinking seriously about buying all of them.

Marc Gerstein, Director of Research at Chaikin Analytics, is an oddball sort of quant. He has long specialized in rules/factor-based equity investing strategies and has been addicted to stock screening since the days when the program was loaded into a pc on a 5 1/4” floppy disc that went into Drive A and the disc holding data went into Drive B. But he hates fancy math has no use for by-now stale “factor” worship. He favors theoretically sound quant approaches, such as the Chaikin Power Gauge model, that generate active, actionable ideas for the real world. In his spare time, he tries to dull the pain of following the NY Jets and Knicks with reality TV and literature. (We have quantamental, so why not literatrash?)

Friend me on Goodreads

PortfolioWise helps advisors enhance client engagement and outcomes through its unique, forward-looking quant-based ETF performance ratings, portfolio analytics, and client-friendly visual communications. PortfolioWise is powered by Chaikin Analytics’ market-proven methodology that has been rating US stocks for more than 10 years.